If you find a broken link, or another issue I need to address, please let me know. I try to keep current by updating, adding, and removing links. Thanks, Y’all.  stillasoutherngal123@gmail.com

I began saving interesting and potentially relevant information in early 2010, after I was diagnosed with Lyme disease. There wasn’t much to collect. Searching for sound advice and reliable science was time-consuming and frustrating for me. 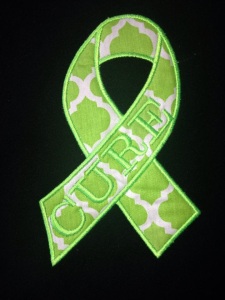 And now, six years later, in a world where numbers climb every day, Tick-borne diseases remain in the shadows. As a patient it is best NOT to take anyone’s word for it.

I don’t wish my struggle on anyone, therefore, I maintain a current resource list for reference and personal use. Over the past six years, Lyme awareness, research, and treatment has taken a huge step forward.  I’m sharing in hopes that by collaborative effort, resources will be readily accessible and applicable to others. It isn’t MY information, it is only my compilation. To me it truly is that simple. Educate yourself.

Be blessed. Be well, Y’all.

"If I ever go looking for my heart's desire again, I won't look any further than my own back yard. Because if it isn't there I never really lost it to begin with." ~ L. Frank Baum